Arbatax is a small harbour in the Ogliastra region, Sardinia.
The centre of this small town rises at the bottom of Cape Bellavista – territory enriched with the green-coloured Mediterranean scrub and famous for the characteristic red rocks and the masses of porphyritic granite located close to the harbour.
A true explosion of colours takes place in the spring with the contrast of the rocks of the headland and reef, the beach’s white sand and the limpid waters.
A natural frame to this is the panorama of the surrounding mountains, the highest on the island.
Beside the harbour rises a tower from the seventeenth-century while to the right is a prophyry quarry. On the sea, the silhouette of the famous porphyritic reef known as “red rocks” from Arbatax. 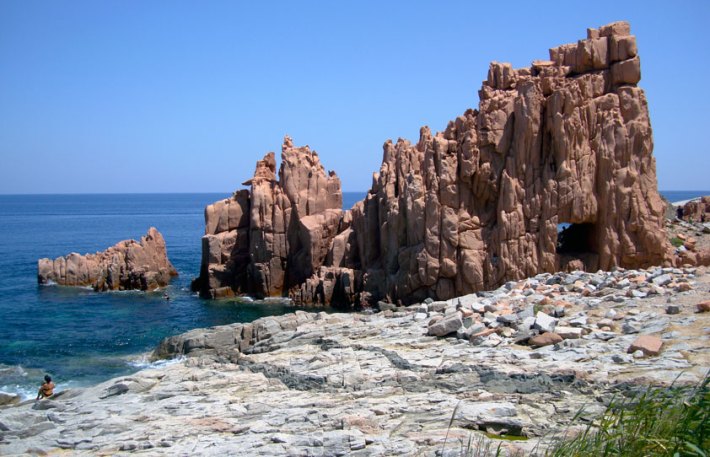 Artist and curator, founder of Šilainiai Project.
View all posts by Evelina →